‘Pathetic’: Some fans take aim at VAR for penalty call during Manchester City vs Wolves

Saturday’s early Premier League kick-off is currently playing out at the Etihad Stadium.

But with Chelsea and Liverpool still hot on their heels and having decent fixtures this weekend, City knew a win was needed to ensure they remained at the PL summit come the conclusion of the weekend.

Wolves, though, were not expected to prove a pushover for Pep Guardiola and co., with Lage’s side having an impressive defensive record ahead of kick-off on Saturday.

And, throughout much of the first 45, Wolves were indeed making the game a pretty scrappy affair – not allowing the Sky Blues to dominate and making it difficult for them to create chances.

However, the tie was turned on its head towards the end of the first 45 when Raul Jimenez was sent off for two stupid decisions in the space of less than a minute.

One of the most avoidable red cards you will see…

48 seconds between his first and second yellow! pic.twitter.com/VEA1Ym2rHN

City then came out and dominated the second half and were eventually awarded the breakthrough when Joao Moutinho was adjudged to have handled the ball following a Bernanrdo Silva cross.

Raheem Sterling stepped up to take the ensuing penalty and scored.

However, it is fair to say that the VAR call to award the penalty after a good few minutes of checking replays has not gone down well at all.

The view on TV quite clearly showed that the ball hit Moutinho’s armpit/body and not his hand.

As a result, fans have taken to social media to express their bemusement at the call, with just some of the reaction shown below:

The VAR watched that replay at least ten times and still made the wrong decision. The problem is not the system; it’s the people.

Honestly tho, that ain’t a pen. How do you have VAR and still give it as a pen?😭

The position of his arm is irrelevant if it doesn’t hit his arm Mike.

John Miss gave it, but do 2 VAR officials back up the decisions is even more baffling. https://t.co/WZ6jk0qJTb

HOW is this a penalty!?!?!? pic.twitter.com/xOZadh6bw4

Are we blind or does that just clearly hit his armpit and rib cage?

How is that a penalty after looking at it from VAR?

Tell you what, if that was the other way around, that penalty is definitely getting overturned isn’t it?

Where’s the consistency in these VAR reviews? Pathetic #MCIWOL

JOKE of a penalty call. Ball hit Moutinho in side. Even if it didn’t it’s his armpit. What a joke. VAR is useless. Let refs screw it up on their own. Adding extra layer of human fuckery just to arrive at equally bad call? No thx. City shouldn’t need help vs 10-man Wolves. pic.twitter.com/3iCZhYlJPS 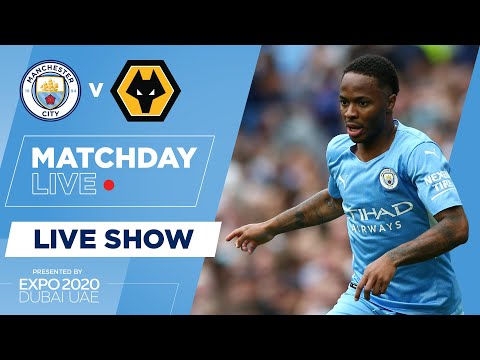