Recent reports have suggested that Arsenal have been looking at a potential replacement for Mikel Arteta.

Since taking the reins for Unai Emery, it is fair to say that Mikel Arteta has not had the easiest of times.

Some of this is down to his own decisions, but the Spaniard has also been left with the task of clearing up a club that was littered with stars not up to Arsenal’s standards, on big wages and leaving a negative atmosphere in the dressing room.

To Arteta and Edu’s credit, they have done a solid job of clearing out many of the stars who were in no way helping the club. But, as shown by the recent Pierre-Emerick Aubameyang incident and Granit Xhaka’s ridiculous red card vs Manchester City early in 2021/22, there is still work to be done off the field.

On the field, meanwhile, Arsenal have lifted the FA Cup under Arteta, but have also been forced to settle for two 8th-place Premier League finishes.

This season, meanwhile, Arsenal are performing fairly well against the mid-table and below teams, but are getting dominated against their supposed rivals.

So, with things still currently not going that well at Arsenal, it is not that surprising to see talk of the Gunners sounding out a potential replacement for the former midfielder.

Arsenal have made an approach for Benfica boss Jorge Jesus as they look for a possible replacement for Mikel Arteta.

The report adds that despite Arteta turning Arsenal’s season around following a dismal start, Jesus is someone being looked at as a potential replacement.

An iconic range called for an iconic video, and we’re taking you behind the… 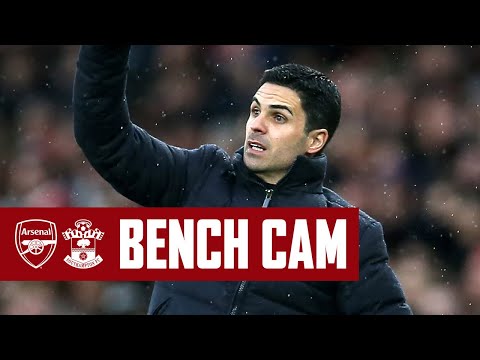