Arsenal breeze past the Hammers

Mikel Arteta’s Arsenal side flew past a lacklustre West Ham side, taking the Gunners above the Hammers in the process, courtesy of a 2-0 win.

Without giving West Ham a sniff, Arsenal dominated from start to finish in front of a raucous Emirates crowd.

You can read the three talking points 101 picked out from the game below:

A lovely placed finish from the edge of the area! pic.twitter.com/y6YSuamku0

There was one man who stood out to Arsenal fans though, drawing legend comparisons in the process.

In a game where many excelled, it was Gabriel Martinelli who caught the eye especially, not least for his goal. Indeed, the finish led more than a few Arsenal fans saw comparisons of Thierry Henry in the goal scored by the Brazilian.

Check out the goal, and the reaction from fans, below:

Lacazette with the assist, Gabriel Martinelli with the finish 🙌

Perfect placement to give the Gunners the lead vs West Ham! pic.twitter.com/nz2Yy57dti

Thierry Henry,
Is that you, right? pic.twitter.com/QsmsqHcMtt

Thierry Henry is that you in disguise?

If Martinelli can go on to even have a shadow of the career that Henry produced, Arsenal will have some player on their hands for years to come. 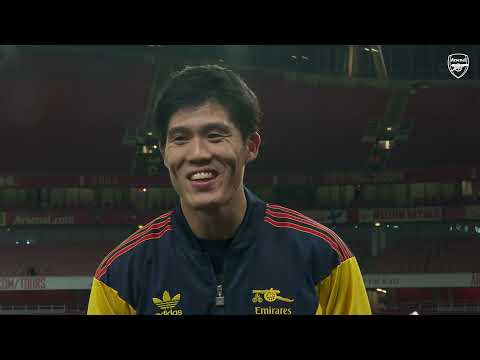 Tomi spoke to us after our 2-0 victory over West Ham, climbing to fourth…