Liverpool faced off with Brendan Rodgers’ Leicester City on Tuesday evening at the King Power.

The Reds headed into the game knowing they needed a win to ensure they were able to keep pace with Manchester City.

The Sky Blues are currently top of the Premier League and began Tuesday six points clear of Liverpool.

So, any dropped points against Leicester would be a big blow for Jurgen Klopp and co., especially with Chelsea on the horizon.

Liverpool, though, fell behind shortly before the hour-mark when Ademola Lookman smashed an effort past Alisson.

STRAIGHT OFF THE BENCH AND ON THE SCORESHEET! 🔵

Klopp’s side were then unable to find an equaliser and now remain six points off Manchester City with no games in hand.

Here are 101’s Liverpool player ratings from the encounter.

Did not have much to do during the 90 minutes and probably could not have done much more to prevent Lookman’s goal.

Alexander-Arnold’s tracking back for the Lookman goal was pretty half-hearted and the Englishman struggled to deal with the Leicester winger even after the goal. Was not at his best going forward.

Made his night much harder when he picked up a yellow card just a few minutes in following a foul on Kelechi Iheanacho.

Elsewhere, though, the Cameron star showed intelligence to track Jamie Vardy and block an almost certain goal. He also won several key duels and made some marauding runs from deep to help create attacks, being one of the Merseysiders’ brighter players in the second half.

A more comfortable night than his centre-back partner. Van Dijk kept Jamie Vardy quiet for large periods, including making a superb tackle to prevent the striker getting through on goal.

The Dutchman, though, probably could have done more when closing down Lookman before his opener.

Fans had been clamouring to see more of Tsimikas after his bright start to the campaign. However, the Greek star did not cover himself in glory during the opening 45 on Tuesday.

His attacking output was less effective than Robertson’s normally is from the left and his poor defending led to James Maddison nearly scoring the opener.

However, he did come out much sharper for the second half and got a crucial touch to take the ball away from James Maddison who would have been through otherwise.

Fabinho was replaced by James Milner after 63 minutes. The Brazilian did not do an awful lot wrong when on the pitch. Average.

Jordan Henderson was Liverpool’s brightest midfielder for much of the game, creating several chances with smart through balls. A fine, if unspectacular, display from Henderson.

Oxlade-Chamberlin was, on paper, the man tasked with providing the majority of the creativity for Liverpool vs Leicester as he was taking up the Thiago role.

However, he failed to do this well with Henderson, as mentioned above, instead often shouldering that burden.

‘Ox’ was then taken off after just 55 minutes for Naby Keita. A poor showing from the Englishman.

Won a penalty for Liverpool early in the tie, but then stepped up and missed from 12 yards. Other than that, the winger was very quiet on the day. A night to forget for Salah.

Jota failed to control a Trent cross towards the end of the first half for what likely would have been Liverpool’s best chance of the game at that point had he got the ball under control.

The Portuguese then slipped in Sadio Mane with a clever pass but the winger missed. Jota then headed wide from a Tsimikas corner.

Jota, though, did little else worth praising on the day. With Salah and Mane off to the AFCON soon, Klopp will be hoping we see a much better Jota in the coming weeks.

Sadio Mane had a quiet first half and would then squander a huge chance 54 minutes in when he was slipped in by Jota.

This was followed swiftly by Mane unleashing a strike from 20 yards, but it was an easy save for Kasper Schmeichel.

Like his attacking counterparts, Mane endured a difficult evening at the King Power which saw him far from his best.

Came on after 55 minutes, but, like Chamberlin, failed to provide the creative spark Liverpool lacked without Thiago.

Did a fine job of replacing Fabinho. 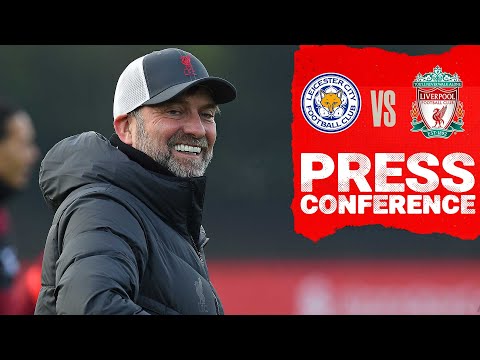