Rodgers and co. are of course fresh off the back of a timely return to form earlier this week.

After continuing their slide down the Premier League table owing to a 6-3 drubbing at the hands of Manchester City at the weekend, the Foxes welcomed high-flying Liverpool to the King Power Stadium on Tuesday night.

It was, for understandable reasons, the latter who were viewed as widespread favourites heading into the clash, amid the efforts of Jurgen Klopp’s men to track down table-topping Manchester City.

When all was said and done, however, Leicester sprung a festive surprise, eventually emerging on the right side of a 1-0 scoreline owing to a solitary strike from Ademola Lookman:

Off the bench & on the scoresheet… Class from Ademola Lookman!

With the dust having now firmly settled on the back of a fine evening’s work for Leicester on Tuesday, however, the true cost of their eventual triumph over Liverpool has begun to come to light.

Speaking in a press conference on Thursday afternoon, Brendan Rodgers was asked for the latest on the wellbeing of his squad.

This comes with the Foxes primed to return to action once more in just 48 hours’ time, in a Premier League meeting with relegation battling Norwich City.

And, in a blow for all associated with the club, the Northern Irishman went on to confirm that star hitman Jamie Vardy is not only set to miss out on Saturday, but potentially for the foreseeable future, after aggravating a pre-existing hamstring problem up against Liverpool.

James Maddison, on the other hand, is expected to recover in time to face the Canaries:

‘Jamie will be out for the weekend and James Maddison should be fine. It depends, it could be the next three to four weeks (for Jamie Vardy).’

‘He wasn’t sure whether it was that (in a challenge with Joël Matip) or he felt the pain then. He ran on and soldiered on which he wanted to do, but the scan has shown up as that (a hamstring injury) so it could be three to four weeks.’

Ahead of #LeiNor, manager Brendan Rodgers says #lcfc could be without striker Jamie Vardy for the ‘next three to four weeks’ with a hamstring injury. 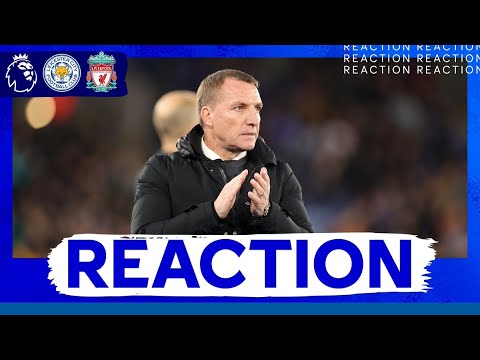 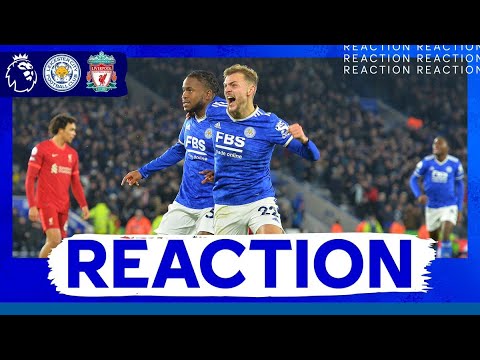