Palace to part ways with Mateta

Crystal Palace look set to end the loan deal for 1.

The 24-year-old former French U21 international arrived at Mainz in the summer of 2018 after a credible stint with AC Le Havre in Ligue 2 where he scored 17-goals in 36-appearances during the 2017-18 campaign.

Mateta then went on to bag 14-goals in 34-outings along the Rhine in his first season in the Bundesliga but failed to leave his mark overall before securing a loan to Palace during the January window last season.

The French striker has underwhelmed on loan at Selhurst Park from Mainz and Palace will not be triggering their option for a £13m permanent deal.

He would fail in a similar vein at Selhurst Park after making just 13-appearances while contributing only two goals during his time in the capital, forcing the club’s hand to cut short his loan (due to end after the current season) while also not triggering their £13million buy option.

But it very well could be one out, one in for Patrick Vieira’s Eagles as Crystal Palace are now considering a move for Arsenal academy graduate Eddie Nketiah.

Speculation about what the next step for the England youth international continues to swirl after Nketiah made clear his intentions to not sign a new contract at the Emirates despite boss Mikel Arteta remaining hopeful in his attempts to convince him to remain in north London.

Despite being a feature in the first-team, Nketiah has hardly played a critical role for the Gunners since his advancement through the ranks at the London Colney.

Arsenal’s English striker Eddie Nketiah (R) with the match-ball celebrates with Arsenal’s English midfielder Charlie Patino (L) on the pitch after the English League Cup quarter-final football match between Arsenal and Sunderland at the Emirates Stadium in London on December 21, 2021. – Arsenal won the game 5-1. – RESTRICTED TO EDITORIAL USE. (Photo by GLYN KIRK/AFP via Getty Images)

His goal return in the Carabao Cup this season has been excellent; scoring five in three outings which included a hat-trick against Sunderland in the quarter-finals. But that has not been enough to warrant increased minutes in the Premier League in 2021-22, logging just 38-minutes.

Though Palace retain Christian Benteke, Jordan Ayew, and Odsonne Edouard on their books, Nketiah’s age (22) and credible potential could offer a competent long-term option given that both Benteke and Ayew are on the wrong side of 30, with the Ghanaian international out of contract in the summer. 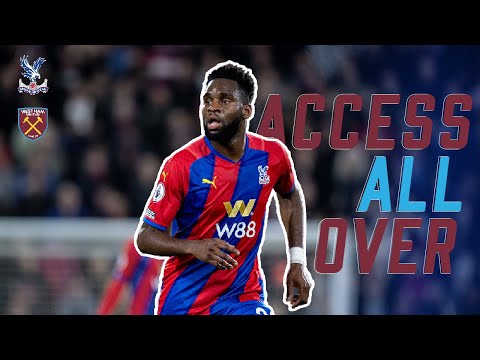 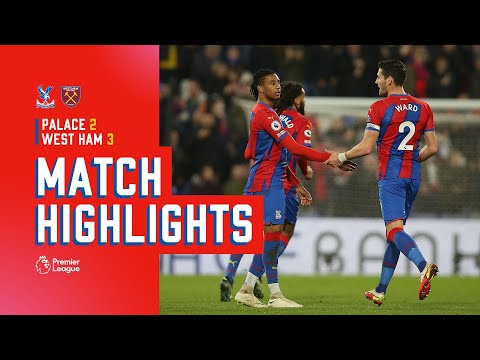