Word stemming from the French media this weekend points towards a clear front-runner emerging in the race to replace Ralf Rangnick at Manchester United this summer.

The subject of the hotseat at Old Trafford has of course taken its place front and centre in the media chatter over the course of the last couple of weeks.

This comes amid a less-than-impressive stretch of form overseen by current boss Rangnick.

On the back of Ole Gunnar Solskjaer’s dismissal late in November, those in a position of power on the red half of Manchester ultimately came to the decision to hand the reins of the club to German mastermind Rangnick.

An immediate uptick in not only results, but also performances, was, in turn, widely predicted, with Rangnick held in high regard in footballing circles across the continent.

To this point, however, to say that the ‘new-look’ Red Devils have failed to live up expectations would be putting it lightly.

Despite a change in formation, and wins over the likes of Crystal Palace and Burnley, United have continued to look a team without any real identity for several weeks now.

Never more evident was this fact than just this past Monday, when the latest in a string of lacklustre performances ultimately culminated in Rangnick and co. slipping to a 1-0 defeat at home to Bruno Lage’s Wolves.

Such woes have led to swift and altogether inevitable unrest amongst the Man United faithful, amid fresh calls for a managerial appointment with a view towards the long-term, rather than just another ‘patch job’.

And, as alluded to above, on Saturday, a potentially sizable update on the situation has been forthcoming.

The info comes courtesy of the French press, amid the suggestion that Paris Saint-Germain boss Mauricio Pochettino is as good as guaranteed to be named the next man on the bench at Old Trafford.

Speaking in an interview with La Chaîne L’Équipe, journalist Dominique Sévérac, citing inside information, assured that an agreement between the Red Devils and former Spurs head coach is ‘not far’ off, with the two parties maintaining a long-term mutual interest in joining forces this summer:

‘He won’t be able to say anything before the end of the season, but for me, it’s almost done! I’m telling you what I know. Manchester United wants him, and he wants to go (…) So we are not far from an agreement!’ 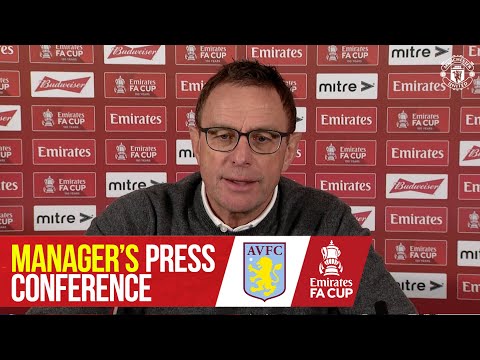