Why Trent Alexander-Arnold is missing for Liverpool vs Shrewsbury

An explanation for Trent Alexander-Arnold missing Liverpool’s meeting with Shrewsbury has been provided.

Liverpool are set to kick off their 2021/22 FA Cup campaign shortly.

Jurgen Klopp’s Liverpool, who had their League Cup meeting with Arsenal cancelled earlier in the week due to a covid outbreak at the club, returned to action vs Shrewsbury at 2 pm.

Jurgen Klopp has never really put much stock in the English cup competitions since he arrived from Germany, but Liverpool were still expected to dispatch Shrewsbury with relative ease.

For more information on the game, check out the links below:

Why Alexander-Arnold is missing for Liverpool vs Shrewsbury

Ahead of the game, Liverpool released their starting line-up an hour before kick-off.

There were, as was to be expected, a whole host of changes made by Klopp, who himself returned to the dugout for the first time after catching covid.

But whilst it was a largely youth-oriented side, experience was there in the form of Virgil van Dijk, Fabinho and a few more.

The Reds to face @shrewsweb 👊 #LIVSHR

One player completely omitted from the squad, though, was Trent Alexander-Arnold.

However, Liverpool would provide an explanation for his absence, confirming he has been out due to a positive covid test, but should return to training in the coming days:

Trent is missing after registering a suspected positive COVID test shortly after Chelsea. He is expected to return to training in the coming days. 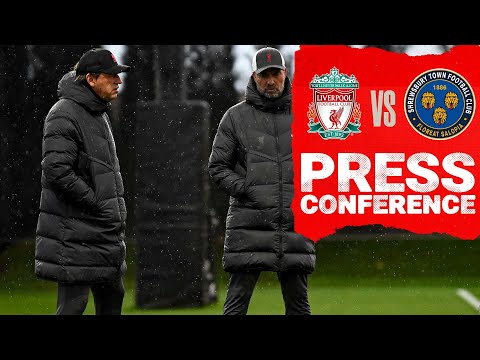